The Story behind Lord Elgin and the Parthenon Marbles

Between 1801 and 1812 Lord Elgin acquired marbles from the Athenian 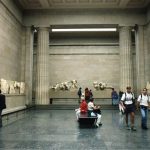 Parthenon after obtaining a controversial permit from the Ottoman authorities to remove pieces from it. His agents removed the sculptures and, then, he proceeded to selling them to the British Museum. The legality and ethics of Lord Elgin’s actions have been debated ever since. 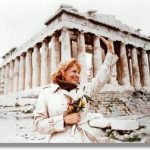 Melina Mercouri, as the Greek Minister of Culture, inextricably identified her policies with the claim for the return of the Parthenon Marbles by The British Museum.

In this presentation we will explore the history of the Parthenon Marbles, the controversy surrounding their restitution, and we will discuss the issues presently at hand.